skip to main | skip to sidebar

How did I get here?

Do you ever feel like you ought to be a part of something bigger than yourself and your own little blog? 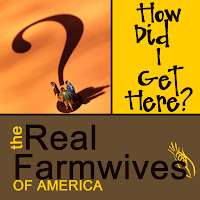 Thanks to my friend, Heather, over at 3 kids and lots of pigs for coming up with the idea and hosting it, I get to be part of a series of posts titled Real Farmwives of America (get it? like Real Housewives of New Jersey/Atlanta/Orange County/ New York/ and any other city that wants to be portrayed as housing uppity 'housewives'?)

The RFOA is a part of Heather's regular Farmer Friday feature.
Except this group of gals is really real... not like those TV shows.  And for the beginning of the series, all of us 'housewives' are doing a post on "how did I get here?"
(Sometimes, I pull in the drive at home after work and think that to myself... you know how you zone out when you make the same drive over and over and over again... yeah, it's like that)


If you're new to my blog, (Welcome!) my short story goes like this (with lots of pictures thrown in for good measure!)
*Farmer for a father as is his father and his father's father and so on and so forth... fell in love with agriculture from the beginning, even before I had any clue of the important role it plays in the world. 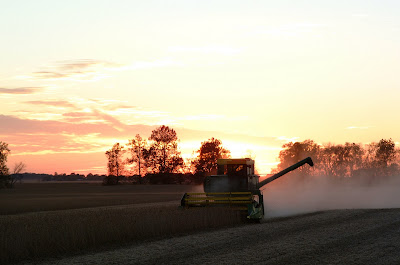 *Heavily involved in 4-H and FFA through my formative years 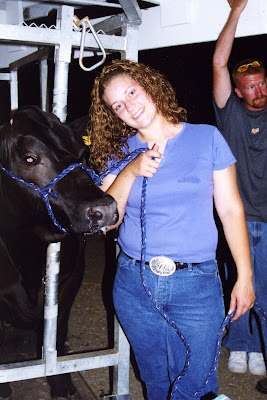 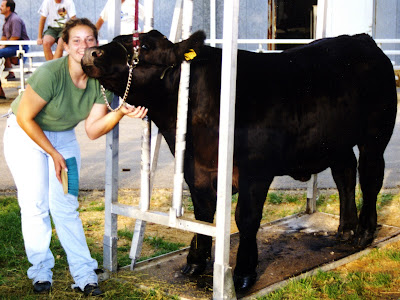 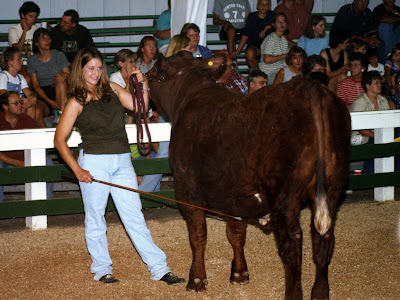 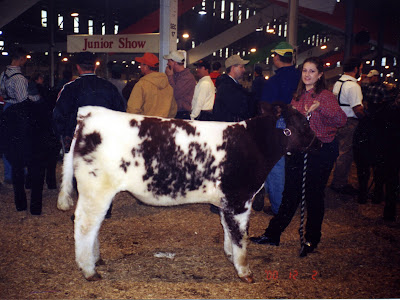 *Wanted to "come home to the farm" but realized about my junior year of high school that the farm wasn't big enough to support that (my dad works full time off the farm).  After a defining conversation with my county extension ag agent, he proposed the idea of going into ag communications and hooked me up with a Purdue ag comm grad to chat with about it.  I had no idea of what else to do with myself so I went to Purdue for ag comm. 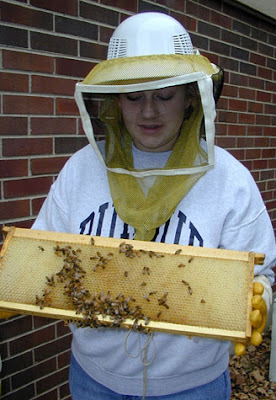 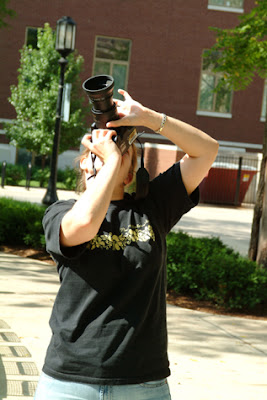 *Graduated from Purdue with a degree in ag comm and a minor in entomology.

*Worked for Purdue Ag Comm for a bit. 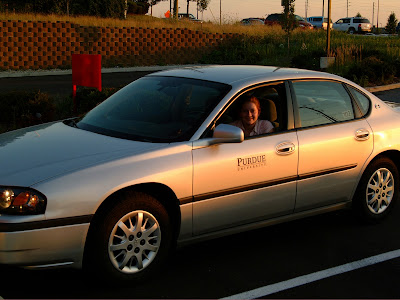 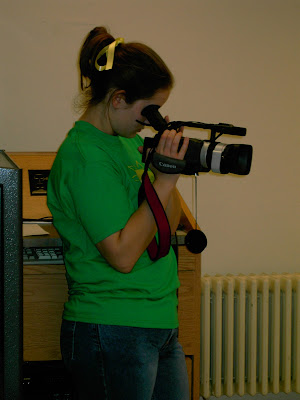 *Fell deeper in love and got engaged to this guy - this is certainly one of our finer moments!

*Interviewed and got job at AgriNews/ Married the man of my dreams  (both happened within the span of about two months!)

* I've been at AgriNews for almost five years now and spend my days listening, learning and writing the stories of Indiana agriculture.  I don't directly produce an ag commodity, but I get to travel to a lot of farms and meet a lot of people and I love it.
*Hubs and I help out around the farm when we can and enjoy being able to help keep the little farm churning. 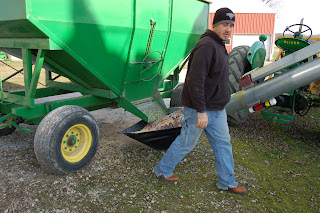 And there you have it... that's the story of this Real Housewife of America!

Wanna read about other Real Farmwives of America?  Check out some of these gals who are also participating!


o   Heather at 3 Kids and Lots of Pigs
o   Amy & Liz at 2 Maids A Milking
o   Amy at A Latte with Ott, A.
o   Marybeth at Alarm Clock Wars
o   Leah at Beyer Beware
o   Jennifer at Farmgirl Follies
o   Jeanette at Fence Row to Fence Row
o   Lauren at Four Ransoms and a Farm
o   Jane at Going Jane
o   Cris at GOODEness Gracious
o   Meggie at Hoosier Farm Babe
o   Jent at My Front Porch
o   Katie at On the Banks of Squaw Creek
o   Lana at Walking the Off-Beaten Path
o   Denise at Who is the Grown Up?
Until next time...

As told by Whitney @ Life's a Highway at 9:00 AM
Email ThisBlogThis!Share to TwitterShare to FacebookShare to Pinterest
Labels: Ag, Family, Farm, Hubs, RFOA, Work

Whitney @ Life's a Highway
I live with a camera around my neck and dog hair on my clothes. I normally have some sort of manure on my shoes, a GPS tacked to the windshield and my BlackBerry in hand. I’m on the move and if you aren’t coming with me, kindly flip on your turn signal and move over to the right lane. I am a crew guy’s wife, a farmer’s daughter (and granddaughter), a sister to one and sister-in-law to several. I’m a cousin to countless folks, and an aunt to a whole herd of precious little ones that know just how to steal my heart and breath at the exact same time. My family is a big one and at the helm of it is one awesome God. We’re crazy and we’re loud, but we’re in it for the long haul. 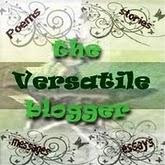